I enjoy football. A lot. Many Americans love it, and I am one of them. Now, compared to many other football fans, I am not new to it, but I also haven’t been interested in it as long as others.

As I was growing up, I remember seeing my dad watch football and I would be bored and wonder why I couldn’t play my video games. Even through high school, I would watch Super Bowls because it was the thing to do. I never really knew the teams, but I considered myself a Steelers fan at the time. I went along with being a Steelers fan for many years.

Now, once I became an adult and my brother was in high school and played football for his school, I thought to myself, I need to pay more attention to games and learn it so I can keep up with what my brothers team is doing. I thought to myself, there is no better way to do this than to watch the home team, the Detroit Lions. I was able to watch them weekly as opposed to the Steelers, since I didn’t live anywhere near Pittsburgh.

So, I started watching the Lions on a regular basis. For better or worse, I watched. Calvin Johnson and Matthew Stafford were the best QB-WR duo in the league. Having Calvin Johnson on the team alone made you want to watch weekly.

I started watching when Jim Schwartz was the coach. This was right after the 0 and 16 season which I didn’t have the pleasure of seeing. However, I watched a few games and this was the year they went to the playoffs and I thought, well I guess I’m a Lions fan now. We played the New Orleans Saints, which was a couple of years after their Super Bowl Win and we were clobbered, 28-45. It started well enough, but in Lions fashion, ended terribly. At the time I thought it wasn’t a bad loss, but it wasn’t a win, so yes it was bad.

The infamous dallas game. This was our next shot win a playoff game. Jim Caldwell was our coach at this time. He seemed to really resonate with the players and they received him well, as far as we know anyway. This was the year where we barely cracked twenty points a game, but we had one of the best defenses in the NFL. Suh, Slay, Levy, Ansah, and other great pieces. Unfortunately, it still wasn’t enough to get us the win. We started strong, but in the second half, it began to break. We couldn’t move the ball, our punter shanked it in a crucial time, Dez Bryant ran on to the field with no helmet, which is usually a penalty, but not this day, and finally, the most lion-esque thing to happen… a picked up flag. Go ahead and search for the Detroit Dallas Playoff game 2015, you’ll see the play where the refs picked up a crucial flag. Its literally still a trigger for many lions fans today.

Now its been a couple of years since the Dallas playoff game and the lions have somehow, backed their way into a playoff spot against the Seahawks. Again, it went as you would expect. The final score of this game was 6- 26. We didn’t even score a touchdown this game. We could’ve had 2. One of them, Stafford overthrew Calvin as he was streaking up the sideline by himself with green in front of him. Tragic. Towards the end of the game Calvin caught a pass about 10-15 yards out of the endzone, and he made a move like he was diving for the endzone and the ball got punched out just before he touched the goal line. As the ball was bouncing in the endzone, KJ Wright batted the ball out of the back of the endzone. What many fans and apparently the coach of the lions didn’t know at the time, that was a violation. It should have been a penalty on the Seahawks and Lions should’ve gotten the ball back. Lions Luck!

I don’t think we would have won that game, but I guess we’ll never know.

That was Coach Caldwell’s last year and I still don’t know if that was the right decision. Did he take this team to playoffs twice during his 4 year stay, yes. But, I don’t know if we would’ve gotten any closer to a suberbowl with him.

Having said that, we didn’t make the playoffs at all with the next coach Matt Patricia. Not only did the players not like Patricia, but he insulted our best corner, Darius Slay, and shipped him off to the eagles, but also shipped off another great defensive back we had, Quandre Diggs.

Everyone was so love with the so-called “Patriot way”. All it did was allow Patricia and GM Bob Quinn get rid of every asset we had and get them fired after 3 seasons.

We are now in the Dan Campbell era and it’s not looking too hot for him either right now. There are people who want him fired now seeing as how he only won 4 games in the past 2 seasons. He is here on 6 year contract and it does seem like to team plays for him, maybe moreso last year, but he can turn it around…I hope. I say give him more time. The owner of the Lions just came out last week and talked about how this was a complete tear down. I believe her, because Patricia already had started that process.

Up to this point, I’ve given MY experience of being a Lions fan for only about 10 years. I have family members who have been fans their entire life and have only seen the lions win 1, 1, playoff game. They haven’t even been to the Super Bowl. The Lions were really good in the 50’s and even won a few championships.

I think its way too simplistic to blame the owners, but I what do I know? Even the worst owners can get lucky even once, can’t they. Also, with so many coaches and player coming through the Lions facility, how is it the owners fault? I guess i just don’t see a connection. Yes, William Clay ran it until his death, then it went to his wife Martha, now its with their daughter Sheila Ford Hamp. He made many mistakes during his tenure, and made bad decisions, none worse than hiring and keeping Matt Millen. The man who was part of the 0 and 16 legacy.

The point is, I have only watched ten years or so of this team and there is nothing to show for it, besides heartbreak and sadness. Every time we think we’re going somewhere in the season, something happens or doesn’t happen and we’re looking forward to the draft. Its a tiring scenario year after year. I hate how people root for the draft like we’ve done anything with those draft picks in the last 30 years. I don’t know how long it will continue or if it will ever end, but there’s only one thing I know is certain for this team, they’re cursed. 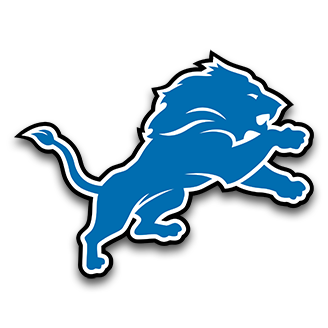 For some reason, I am a Detroit Lions fan. Why, you ask? If I knew that, I probably would no longer be a lions fan.…