Seriously though, how dumb do you have to be? I guess I shouldn’t be surprised, he was part of the Trump organization after all.

Basically, there is a committee about the Klan Rally that happened on January 6th and they are sending out subpoenas to all who were involved on that day. Bannon, decided not to show to his hearing. But, alas, his buddy trump is no longer in office. There is no skirting around the law this time. Hopefully there will be more to come in the near future. Mark Meadows (Trumps former Chief of Staff) also recently decided to ignore his subpoena, but the commission is not done yet, I am sure. 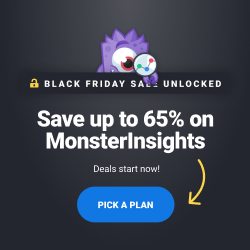 Those are not the only two they sent subpoenas to. Here is the official list of all who received on the commission website. You can also keep track of the hearings and what happens on that website.

What happened on January 6 was crime against the country. I am not what one would call a “Patriot”. I am never gung-ho for America. I critique this country because there is so much wrong and so much that needs to be done, but I also know what I saw on that day. People attacking the capital and threatening to hang the Vice President. This isn’t new, read about what I wrote, here.

The fact that there is a commission to find documentation and have hearings for the people that were involved that day, should tell you how important this is. This isn’t another “witch hunt”. It isn’t the democrats trying to make someone look bad, (republicans do that all by themselves). It is a way to get answers and tell us who knew about what was happening and how much they know. How involved they were in that whole situation.

This post doesn’t need to linger on because there is so much that is going to happen over the next few months with this topic. I hope to be here and update as much as possible.