I have been thinking about this race the most after the general election. Joe Biden won, which was/is great, get that disgrace trump out of the White House. The problem, however, is that Biden needs help while being President.

Remember when President Obama won and he had Democratic House and Senate his first two year? Me neither, but he did. Without going into a long diatribe, he ended up losing his help in the house and senate at a certain point during his terms. Look here for more info on that. The point is, after Obama lost both houses, he was unable to pass the anything he wanted. Presidents don’t write the laws, they just sign them!

That is why it was SO important that Raphael Warnock and Jon Osoff won the remaining two senate seats. The democrats already have the house. There is a 50 democrat to 50 republican tie in the senate now. If need be, our new Madam Vice President, Kamala Harris would be the tie breaker!!!

I have never seen Georgia turn blue. Its always been a red state. The difference between now and then is a Queen by the name of Stacey Abrams!

This woman “lost” the Governor race to a gerrymandering, vote suppressing, republican and has not stopped working since. Her organization, Fair Fight, helped sign up and engage voters not only in Georgia, but across the country. She is a leader, important to the cause, and needs to be protected at all costs! The country and the Democrats owe her and she is what the Democratic party needs!

Warnock is the first African American voted to the senate in Georgia and Ossoff is the youngest voted in since Joe Biden himself! This was to be an exciting day for the Democrats, and I would like to say for our country – which I am often not very proud of- and then folks had to ruin it…

More on this coming soon. I need to collect my thoughts and lower my rage while writing about it… 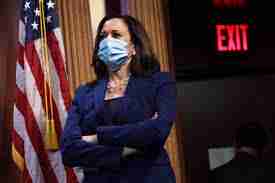