I know you love to read my rants, but I also have to keep this blog going. So, if you see an ad or link on this page, and purchase something from it, I may make a small commission at no extra cost to you.

Binge all episodes of 1883 exclusively on Paramount+. Try it FREE!

Have you ever sat back and looked at the people creating laws in this country? If you have and you pay attention to what’s happening in America, then none of this is a surprise to you. If you really don’t care who is creating the laws in this country and you vote republican, then you get what we have today.

Obviously, Roe vs. Wade has been overturned. We all knew it was going to happen sooner or later. Before the leaked document came out a few months ago. No, we knew this before President Obama even took office. Republicans have been saying for years how when they get a majority Supreme Court, they would do this. They got their wish. Oh yes, there were activists and protesters all screaming and shouting with joy because a 50 year old ruling was overturned in an instant. Pro-life folks acting like they care sooo much about a woman going to a clinic.

I’ll tell you who wasn’t filled with joy. The many women who were in those clinics today and were turned away as soon as the ruling came down. The women who now have to search for other means or find ways to support something that won’t arrive for 9 months. Then when it arrives, try to afford food, clothing, shelter, and child care while working a minimum wage job that barely supports the mother.

Or, a mother who will carry to term and give up the baby to an already stressed foster care system, where that child will grow up resentful and hating its parents, because if they didn’t want him or her, then why have them?

Those are everyday scenarios for mothers across this country. I won’t get into women who are raped or who were sexually abused, because the points that seem to fly over the “pro-life” crowds head. Even if these women endure a traumatic experience such as rape, they believe the women still needs to have the baby. Of a rapist. Cool, so while that child is in foster care, will the “pro-life” crowd support those children? Will they adopt those children? Will they make sure they are being treated fairly and being taken care of properly? No, you say. We know that already. They are “pro-life” until the baby is born, then you’re on your own.

Like I stated earlier, there should be no surprise to this ruling. Not only does America not care about women’s rights, but collectively, America doesn’t care about women at all. The year is 2022 and we are still fighting for equal pay. So many women are working moms, unlike when my grandmother was working age, she stayed home and my grandfather worked.

When women get pregnant in the USA, they have to start planning from the very beginning.

Can I afford a baby?

This is probably the most important question. Having a baby is expensive! Not just for the baby but also for the mother. Think of all of the doctors appointments and vitamins that a mother needs to help grow a healthy baby. Even if you have a baby shower (also expensive) you will never fully get everything you need. You must support a child, in all ways, and especially financially.

Do I get paid leave at work?

Unless you work for a great company, this will be a no. And if you do get paid, it may only be for a few weeks, then its back to work. I keep saying it, but America sucks and this is one of the reasons why. Here is an infographic of maternity leave for American’s compared to other countries.

What if something is wrong?

Again, this goes back to money issues. Unfortunately, every pregnancy won’t be a breeze. Problems could arise and in some cases an abortion may be necessary. What are women in Mississippi supposed to do in that case? This woman may be poor, have no means of transportation to go out of state and tries to give birth. Her life as well as the baby could be in danger.

While we’re on the subject of Mississippi, this may have started getting more traction because of them. Who the hell takes any advice from the state of Mississippi? Out of the 50 states, they rank #125. That place is awful. Its republican ran so its not a surprise, just irritating. This article can better describe what happened and how the hell we got to this point.

My body, My choice

I get rationally angry when I see or hear this slogan now. During the pandemic, when we had to wear masks and were told to get vaccines to save our lives and others, this slogan was hijacked by the anti-maskers and anti-vaxxers. Mind you, most of the ones saying it were probably part of the so-called “pro-life” crowd. It really shows how selfish, dumb, and ignorant people can be.

“That baby has a right to life. You are a murderer if you get an abortion! “

How, are you a murderer for an abortion, but not one by actively spreading a deadly virus?

The point is, it is a woman’s body and a woman’s choice, but we don’t get that option here. We have to be told that you can’t do certain things with your own body. Its like the false sense of these people acting like they care about people when they really don’t. Ever heard of sodomy laws being passed? They weren’t there to help children, the government just didn’t want gay men having sex. This is exactly what our tax dollars are being used for. There is more to this ruling than meets the eye however.

I’m going to continue this topic in another post about how privacy is a huge concern now that this is overturned. Until then, you should get your fix in and binge watch the entire season of 1883 over at ParamountPlus! That way, you’ll get a chance to see how us women folk lived in those times and how we’re slowly heading back to those times! Try it for free here! 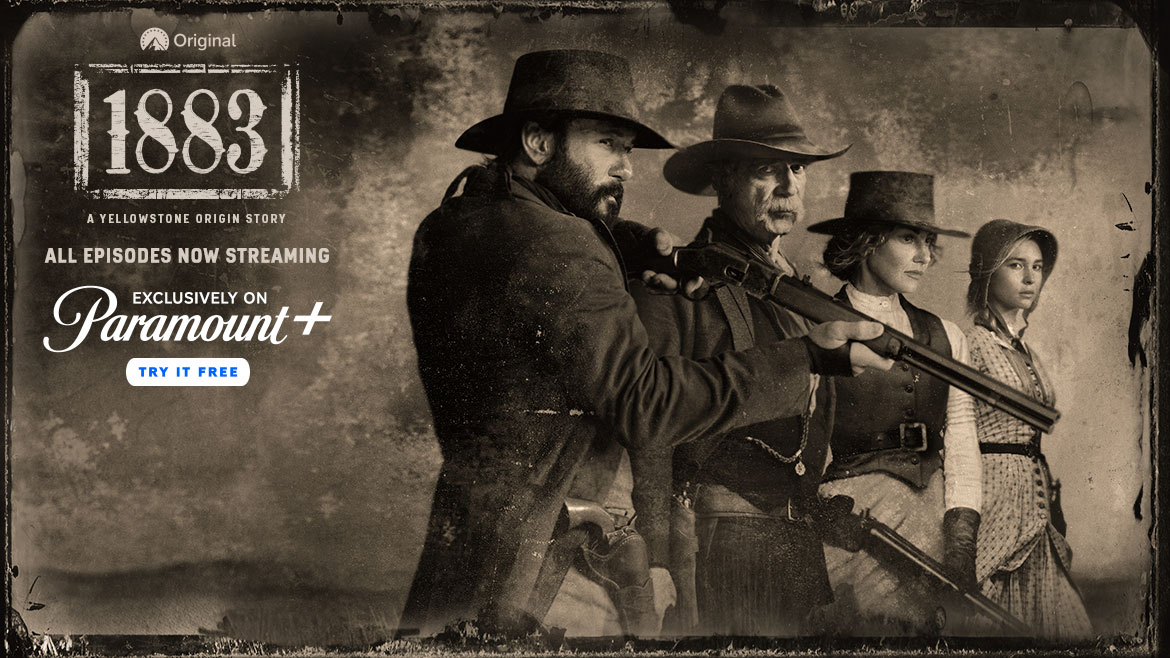